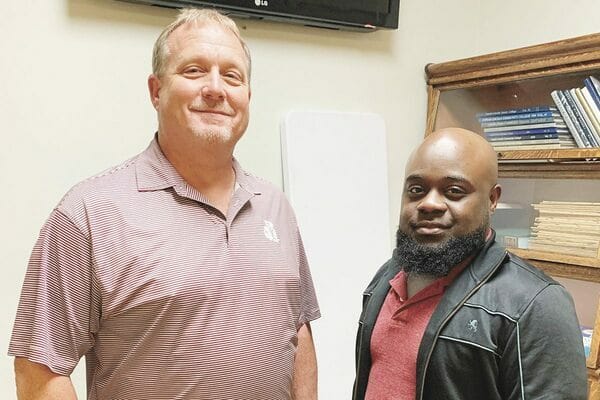 “I did an extensive interview process for this and advertised outside and inside the district for transportation director with the resignation of Robert Smith at the end of the year,” Kent said.

“My goal was to have someone in place by Dec. 1 to be able to spend at least a month with (Smith) before he left the transportation position.

“Additionally, Terry Moffett was no longer able to serve as the Career and Technical Education director and the district’s Maintenance director by the rules governing the CTE program. I took those responsibilities over and have managed them since July 1.”

Kent said he received no fewer than eight applications and interviewed all candidates with no one person fitting the requirements of both positions.

“I decided to split the responsibilities between two positions in working with the funding we had in place,” the superintendent continued.

“The money to help cover any additional costs is coming from a teaching position that opened following a resignation and the number of students did not require us to fill that job.”

Kent said local schools look at student population counts annually to determine the number of teaching positions, and there was no need to backfill that particular job at Franklin County Upper Elementary School.

He went on to note that unless the district sees a flood of incoming students for the next school year, that teaching position would not be filled for the 2024-2025 academic term.

In announcing his recommendations, Kent said Brad Mullins, who currently works on the district’s maintenance staff and will continue in that role, would be adding department head to his responsibilities.

“Having Brad in two maintenance roles saves us from having to replace him, which works out great for everyone concerned,” he continued.

“Gerren Collins has been involved in transportation a lot as has his family, and he will become that department’s newest director.

“To be honest, neither Brad nor Gerren wanted the other parts of the job and splitting the position made the most sense for everyone involved because they wanted what they’re getting in the way of responsibilities.

“Financially, it works good for us and I am excited to recommend them with both starting their new roles on Thursday, Dec. 1. We’re coming out good in terms of our budget numbers and we get two directors in the process.”

Kent went on to confirm that Smith would continue to work for the district as a School Resource law enforcement officer and additionally continue to train bus drivers for the school system.

At the end of the discussion, the five-member panel voted unanimously to hire Mullins and Collins.

In other action during the meeting, the Franklin County Board of Education considered these business items:

• Heard from Hal Graves of FBBInsurance in regards to the district’s workers’ compensation policy coverage through The Accident Fund of Lansing, Mich.

Graves noted the savings are attributed to the fact that the district’s percentage of losses based on premiums paid was really good over the past year.

“About eight or nine years ago, there were a lot of claims and a lot of losses where the district was concerned, and (premiums) were costing more than $100,000 per year,” he continued.

Graves said the coverage provider cited the school system’s ongoing safety training along with an accident reporting system and formal investigative process as positives leading to the downward trend in premium costs.

“This is really good news and I hope that we can keep this up because it’s rare to see these kinds of costs going down instead of going up,” he went on to say.

The board voted unanimously to renew the workers’ compensation policy effective immediately.

• Approved seeking grant funding through the federal Individuals With Disabilities Education Act totaling $366,795 through Part B of the program and $36,537 for preschool as part of the fiscal year 2023 budget.

Those requests were approved unanimously.

• Authorized a revision of the fiscal year 2022 School Improvement grant, which involved shifting money from a teacher assistant position created by a resignation to help partially fund an interventionist on the district’s payroll.

She noted the district’s maintenance fund balance stood at $756,533.84 with 33 percent of the current academic year being completed.

To date based on their budget plans, local schools have received an estimated 22 percent of anticipated revenues while expending 27 percent of their projected operational costs.

The district’s cash balance in its maintenance fund at the end of last month was reported as $2,170,313.02, according to Young.

• Heard Thursday, Dec. 1 would be a 60 percent attendance day for students due to the local Christmas parade events.

The next meeting for the Board of Education will be held at 4:30 p.m., Tuesday, Dec. 20 in the offices of the Superintendent of Education on First Street in Meadville.