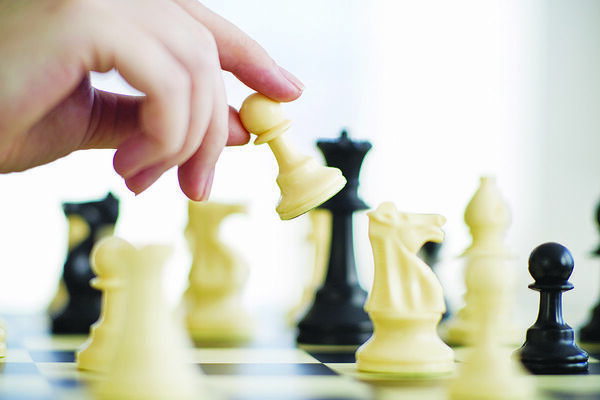 The Meadville-based Franklin Chess Center enjoyed an active November — outside of its regularly scheduled chess-themed practice and learning sessions — by hosting an education workshop on Friday, Nov. 11 followed by “Quick and Blitz” competitions on Saturday, Nov. 12.

Dr. Jeff Bulington, who leads the Franklin Chess Center program, said the workshop — taught through the Center for Math and Science Education at the University of Mississippi — attracted educators from here and throughout the state with an emphasis on teaching chess.

“With some of the teachers here not chess teachers yet, it was important for them to interact with kids involved in our program,” Bulington said.

“The young people that came in during the session added a lot to the whole experience for everyone involved.”

Specifically during the morning session, Bulington had some of his younger chess participants visit and the participating teachers had the chance to interact one-on-one with each of them.

“These teachers got the opportunity to experience kids who were at a level where they were actually stronger than many of those teachers,” he continued. “They also got to experience a child who was just getting started with chess.

“The premise was for each teacher to focus on what is going on in the mind of a child rather than trying to understand himself or herself.”

Bulington said this kind of interaction in a workshop session is somewhat unique, but chess — in and of itself — has the tendency to develop a strong teacher-student relationship.

“Our main focus was on the subject of a growth mindset as opposed to a fixed mindset and kids taking a long view on their development and not interpreting short-term setbacks as permanent,” he went on to say.
“In a growth mindset, instead of saying you passed or failed ... you reassure them that they are just not there yet. This goes back to the concept of a young person getting knocked down, but can get back up and keep trying with an eye toward doing later what he or she might not be able to accomplish presently.

Bulington said whenever failure comes around with an established growth mindset, it is not such a devastating blow that leads to quitting for the student as setbacks arise.

“It’s the power of not yet as opposed to the tyranny of now — believing that what you can do right now is all that matters,” he added.

“The power of not yet is about overcoming obstacles, climbing out of those situations and leaves kids with a lot of freedom to remake themselves rather than being stamped as a failure.”

Bulington said the teachers he interacted with in the workshop had lots of energy and intelligence, and learned the role they can play in fostering the growth of young people — especially those starting to play chess.

Bulington related how his first grade teacher sparked his interest in the game when she taught him to move chess pieces.

“We never played chess against one another, and when I became an established, professional chess teacher, I called her and told her who I was and what she had started for me,” he said.

“That kind of thing might seem like a throw-away moment for the teacher, but it has the potential to change a kid’s course in life.

“These kinds of things just reinforce my appreciation for what school teachers — especially those in the lower grades — do every day.”

Representatives from the U.S. Chess Federation were also in attendance for the workshop.

On Saturday, the Mississippi Quick and Blitz Championships were held at the Chess Center.

The eight-round “Quick” event started the competition with players given 10 minutes per game with a three-second delay against an opponent.

“Basically, if your clock falls and your opponent has anything left that would allow him or her to checkmate you, you lose,” Bulington said.

“The ‘Quick’ tournament comes down to a time management exercise and involves a player’s intuition as well as the experience he or she can draw on to solve problems and quickly create problems for an opponent to solve.”

The “Blitz” tournament, held during the afternoon, featured contests that were five minutes in length with no delays.

“Blitz games can turn on a single move and can be brutal — as they are really a kind of shoot out,” Bulington said.

He noted these kinds of events had not been held in a while anywhere in Mississippi and was happy for the Franklin Chess Center to host the competition that can expose others to the facility and its work within the local community.

Franklin County’s Benson Schexnaydre, who has the distinction of being the current all-ages state chess co-champion, claimed top honors in both the Quick and Blitz tourneys.

He ultimately won the titles after playing 16 games and compiling a record of 14-1-1 during the day.