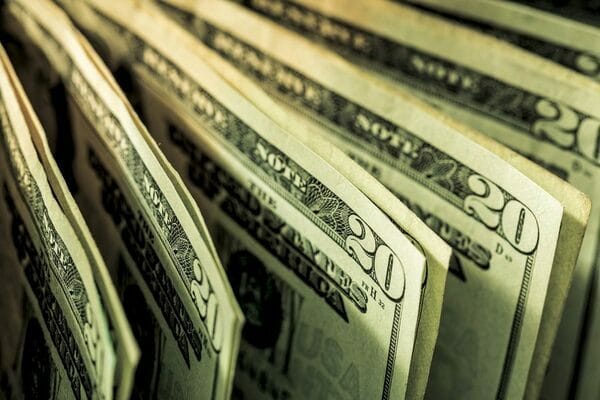 A proposal to increase municipal ad valorem taxes in Bude by up to five mills did not sit well with some residents who were given an opportunity to address the issue during a public hearing on Tuesday, Aug. 2.

Held in conjunction with the monthly business meeting for town aldermen, municipal leaders pointed out repeatedly they had not formally adopted any tax increase, but instead were studying the idea prior to adoption of their fiscal year 2023 budget in September.

Resident Susan Hill opened the public participation portion of the session with a straight-forward question to aldermen — “Why are we raising taxes?”

“I think a lot of people want to know what the proposed five-mill increase is for,” Hill noted in her remarks.

Town Clerk Kim Vaughn indicated any increase would likely go for municipal needs ranging from things like upgraded computer technology to insurance — the cost of which is ever increasing for the town.

Hill noted the town has seen increases in its revenue through internet sales taxes — which she estimated at more than $30,000 per year — and questioned why municipal leaders needed another five mills to support their budget.

“I want to know specifics on what you are going to spend it on,” Hill continued.

“As a citizen of where I live in Bude, my water is undrinkable, I’ve never had a town septic (connection) in 27 years and my road is almost impassible at times and can pop a tire anytime you want to.

“I don’t see — as a citizen — that I receive town services. Additionally, all the houses around me have septic systems that run across my property. I need to know why my taxes would go up and we already pay the highest taxes in the county.”

Hill cited several examples of issues she had, including taking seven months to repair a broken water line in her street and having her washing machine fill with mud due to the ruptured infrastructure.

Resident Elvia Brown questioned why five mills was being considered for an increase in taxes in Bude.

“I read where McComb was looking at a 9/10th of a mill hike and Bude wants five mills,” Brown said. “And you’ve balanced your budget based on the five mills increase. Why?”

Vaughn said five mills was a suggestion during the previous month’s board meeting and that no action had been formally taken on any potential tax increase — a step that would require a vote by aldermen.

Mayor Linda Green added a municipal budget — in whatever final form it takes — will not be considered by town leaders until September and will take effect on Oct. 1.

“The thing people have to understand is that our budget is not completed,” Green said. “This is a process where we have to look at everything, and getting feedback from residents is part of developing that budget.”

Resident Marnita Moore asked why Vaughn had prepared a budget with the five-mill increase if the hike had not been approved.

“Why would she do that if you ain’t voted for it yet?” Moore queried.

Vaughn responded that she had to start the planning process with something, but was immediately cut off by Moore telling the clerk to “stop talking.”

Town attorney Mary Kathryn Williamson said that kind of unruly behavior would not be tolerated during a public meeting.

“Y’all want to raise the taxes,” Moore shouted. “Don’t nobody have three or four jobs up in here to pay all these taxes. Y’all know that’s not right.”

Bude Police Officer Everett Marshall approached Moore and told her that she would have to leave due to her outbursts.

“This s**t ain’t right and you know it,” she was heard to exclaim as she was escorted outside town hall.

Green, clearly upset by Moore’s comments, said some on the town’s board have two and three jobs to help make ends meet.

“It’s hard for all of us so don’t be blaming us,” Green added while wiping tears from her eyes. “It’s hard on everybody, but we have to run the town.”

Vaughn said she did not appreciate town officials being accused of doing something underhanded in trying to pursue options where the municipal budget was concerned.

In re-addressing the board, Hill said she, for one, felt if town leaders would specify what any ad valorem increase would be used for, there would potentially be less confusion and resentment from taxpayers.

Alderman Jillian Dunmore said the town has a laundry list of needs — notably roads, culverts and bridges — that will eventually have to be addressed by the municipality.

“The reality is that we don’t have the resources to do everything that we need to do,” Dunmore told the audience.

Hill then suggested a unified statement from the board as to what additional tax dollars would be utilized for could help salve some open wounds.

“Taxes tend to leave a bad taste in people’s mouths,” she continued, “especially when it’s not clear where the money is going.”

In echoing comments made earlier by Brown, resident Kim Ford offered a suggestion of that town leaders look at the possibility of smaller increases that would be less of a pinch for taxpayers.

“Maybe you could look at increase over the span of several years ... not just all at once,” Ford said.

“Seeing this much all at once obviously is a concern for many people in Bude. I’m asking if spreading it out could be a consideration.”

Dunmore, who did not publicly state where she stood on any tax increase, pointed out the town’s problems seem to originate from not having increased taxes in many years and now needs have far outstripped resources.

“We have to balance what our community needs in terms of services and what we can provide,” Dunmore continued. “At the end of the day, we don’t have the resources to do everything that needs to be done.”

In other action during the meeting, Bude aldermen considered the following pieces of business:

Federal funding for the project will also help to cover $4,425 in fees for Dungan Engineering that were approved by town leaders for the work.

• Adopted resolutions for a Community Development Block Grant award to Bude denoting the town adheres to fair housing practices and endeavors to seek minority and women-owned business participation in its bidded projects.

• Authorized travel for Green, Dunmore and Alderman Jeffrey Quick to attend a legislative meeting that was to be held on Tuesday, Aug. 9 in Natchez.

• Approved travel for Latunja Lewis to attend court clerk training being held in Oxford from Sept. 20 through Sept. 22.

• Allowed Vaughn to travel to a municipal clerk workshop to be held Sept. 26-28 in Meridian, and gave the green light for Green and Dunmore to attend a Mississippi Municipal League “Small Town Conference” in Flowood Oct. 12-14.

The next business session for the Bude Board of Aldermen will be held at 6 p.m., Tuesday, Sept. 6 at town hall on Railroad Avenue. The meeting is open to the public.