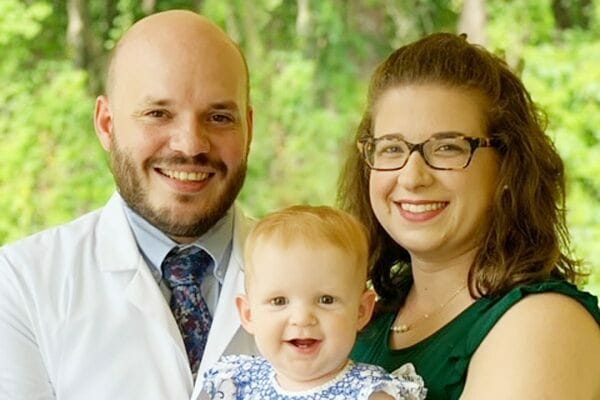 A local man who has officially completed his medical degree and residency in both internal medicine and pediatrics will soon be joining the Franklin County Memorial Hospital’s Family Medical Group practice.

Dr. Caleb Zumbro, who is the son of Philip and Sandra Zumbro of Bude and a 2018 doctorate of medicine graduate from the University of Mississippi Medical Center in Jackson, is slated to become part of the local medical community on Monday, Aug. 1.

Zumbro successfully completed his four-year medical residency program and is presently board-eligible in internal medicine and pediatrics.
“I wanted to do something that was scientific and involved problem solving,” he told The Franklin Advocate during a previous interview in regards to why he pursued medicine as a career. “I wanted to do that for people.”

Zumbro shifted his initial college focus from receiving a bachelor’s degree in chemical engineering with a biomolecular concentration from Mississippi State University in 2012 to attending medical school.

He was a two-year participant in the Mississippi Rural Physicians Scholarship Program, which is awarded to students who aspire to practice medicine in rural and underserved communities across the Magnolia State.

“We extremely pleased and excited to welcome a Franklin County native son home and know Dr. Zumbro will be a great addition to the local medical community in our area,” FCMH Administrator Mike Boleware said in announcing the doctor’s employment.

“With his family ties here and being a graduate of Franklin County High School in Meadville, Caleb knows our area and its people and we see that as being a major plus for a young doctor looking to make his mark in the world and his desire to address the health needs of our citizens.”

Zumbro, who is married to the former Bonnie Sessions of Woodville, is also looking forward to being in familiar surroundings as he and his wife raise their 1-year-old daughter, Amelia Grace.

Among his primary medical interests, Zumbro said he is focused on areas including pediatric hematology-oncology (especially sickle cell disease), adolescent care and complex care involving children and young adults with multiple comorbidities frequently causing these individuals to be wheelchair-bound or require support for breathing and feeding.

“One of the things that’s most impressive about Caleb is how well he connects with his patients and their families,” Dr. Zeb Henson, UMMC associate professor of medicine and program director of the combined internal medicine/pediatrics residency program, said during a previous interview in regards to Zumbro.

“Whether they’re geriatric age or a toddler, Caleb just has that ability to find something to talk to them about that makes patients and families know he’s interested in them as people. He reminds me of that quintessential town doctor that knows everybody’s health history, but also knows their life stories.”

Zumbro said he is appreciative for the professional learning opportunities he experienced during his time at UMMC and is looking forward to bringing his services home.

Family Medical Group is a primary care clinic with locations in both Meadville and Bude.

For additional information on FMG’s healthcare services or to make an appointment, contact the clinic’s office by calling 601-384-3199.