Wednesday afternoon thunderstorms cause limited but significant damage in Meadville 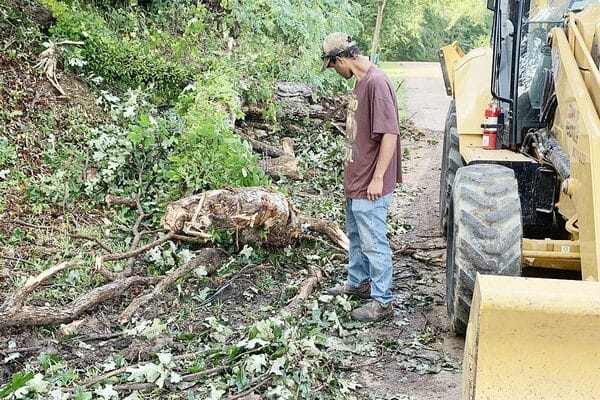 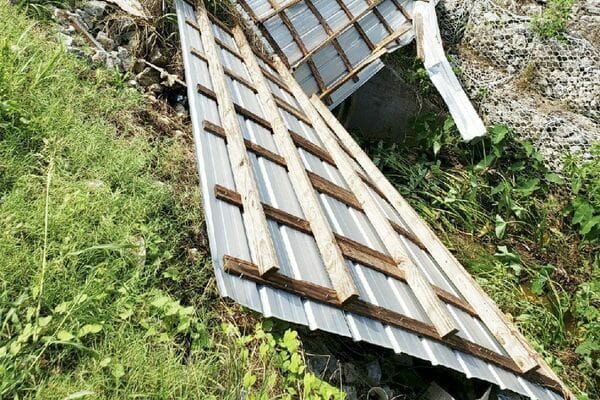 The porch roof from Sullivan's Kitchen and Produce at the corner of Second and Walnut streets in Meadville lies in a nearby road-side ditch after thunderstorms on Wednesday afternoon damaged the front of the building. (Photo by Duane Simpson) 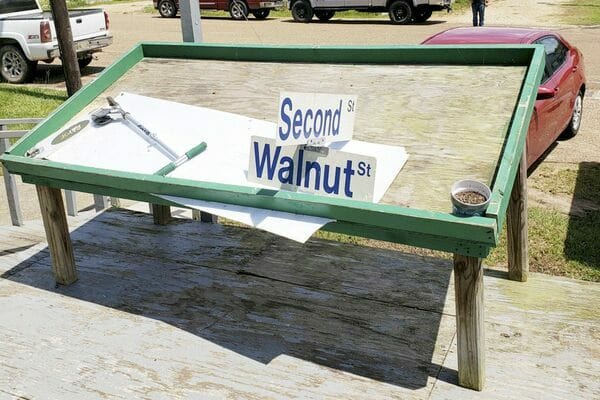 The intersection sign for Second and Walnut streets in Meadville sits on a table in front of Sullivan's Kitchen and Produce after thunderstorm winds damaged the front of the business. (Photo by Duane Simpson) 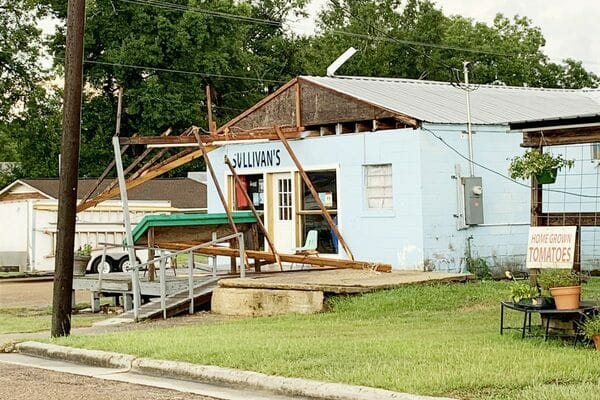 Straight-line winds from a Wednesday afternoon thunderstorm ripped the front porch from Sullivan's Kitchen and Produce at the corner of Second and Walnut streets in Meadville. (Photo by Sean Dunlap)
Previous Next

Thunder could be heard at a distance starting around 3:14 p.m., with the worst of the storms rolling in around 3:44 p.m. The system moved from northeast to southwest and lasted for several minutes with winds topping an estimated 60 miles per hour.

The event began with rain increasing in intensity before those straight-line winds started swirling.

At the height of the storm, winds tore the front porch off Sullivan's Kitchen and Produce at the corner of Second and Walnut streets. The metal roofing from the porch was blown into a nearby roadside ditch with broken wooden supports littering the entrance to the business. A portion of the metal cap of the roof was standing upright after being peeled back by the winds.

On Meadville-Hamburg Road behind the Herring Gas shop, a tree fell across the roadway and took down nearby power lines. Town of Meadville Public Works employees spent much of Thursday morning working to clear the remains of the tree from the road while neighboring houses had limb debris in their yards.

On Edison Street, an Entergy power pole adjacent to the old Toad House-Jitney Jungle building and across the street from Family Dollar was leaning, but had not been repaired by the power company by Thursday afternoon.

No injuries were reported as a result of the storm, with clean-up efforts getting started after the weather subsided after 5 p.m.