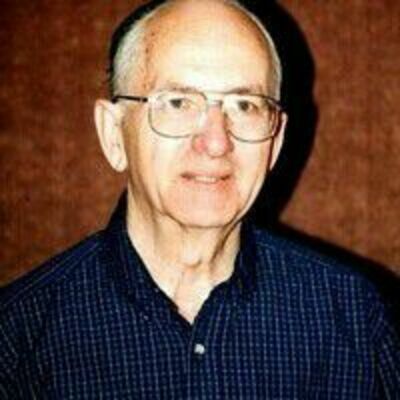 Funeral services for Emmit Johnston Jr., 86, of Summit, were held Friday, Oct. 22, 2021 with services for family members at 2:30 p.m., at Pisgah United Methodist Church in Summit followed by a graveside service at 3:30 p.m., for extended family and friends at Hollywood Cemetery in McComb with Dr. David Millican, the Rev. John Underwood and Brother Tanner Johnston officiating.

A family visitation was held from 1 p.m., until the time of service at Pisgah United Methodist Church on Friday, Oct. 22.

Mr. Johnston was born to Emmit and Lillie Dillon Johnston in Franklin County on June 29, 1935, and passed away on Wednesday, Oct. 20, 2021, at the Trend Health and Rehabilitation Center in Brookhaven.

He was retired, the former owner of McComb Wholesale Paper Co., and a member of Pisgah United Methodist Church. Emmit loved the Lord, his family and friends, and his work. He didn’t have a lot of hobbies and liked to travel a little bit, but enjoyed working.

In 1955, he began working at McComb Wholesale Paper Co., where he worked his way up to manager and eventually bought the business in 1975.

Though he retired in 2001 after 46 years in the business, Emmit never quit working for McComb Wholesale. He would still look for the chance to tell people where they needed to buy their paper products and cleaning supplies. He always enjoyed reminiscing about customers and suppliers that he had done business with through the years. He was especially proud the business is still in operation and being run by family.

In lieu of flowers, the family suggests donations be made to Pisgah United Methodist Church, P.O. Box 519, Summit, MS 39666.

Online condolences can be shared at www.jonesfamilyfuneralservice.net.

Hartman Jones Funeral Home of McComb was in charge of arrangements.