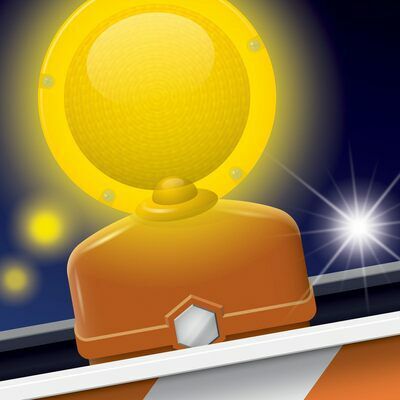 The Town of Meadville and Franklin County Board of Supervisors are looking at joining forces — possibly by late September — to repair and improve a portion of Union Church Road adjacent to Franklin County Memorial Hospital.

Meadville Mayor Lane B. Reed told aldermen during their Tuesday, May 10 business meeting that he recommends the town pay for a portion of the planned resurfacing work once the county takes the lowest and best bid for the project.

“We will be working with District 2 Supervisor Henry ‘Eddie’ Stebbins to get the asphalt put down,” Reed said. “The work would involve that portion of Union Church Road from the stop sign to the first curve as well as a portion of Main Street between the hospital and (Highway 556).”

Reed characterized the work, which lies within Meadville’s corporate limits, as much needed due to the deteriorating shape of the asphalt and the number of potholes along the thoroughfare.

The mayor noted the town annually receives a portion of an ad valorem mill assessed by the county with Meadville’s share for the proposed work coming from that.

“One half of a quarter mill assessment comes over here and the other half stays with the county,” Reed said. “The particular portion being held by the county is what will help with this work.”

Alderman Charles Calcote asked if there was a sufficient amount of money available in the town’s county-held tax fund for the road work.

Reed said he believed so based on some rough calculations from the balance sheet and what the paving work will likely cost.

“The total amount that is available in our funds held by the county will be somewhere around $140,000,” Reed added.

“In using a good grade of asphalt, we roughly estimate the work will be in the neighborhood of $100,000, and we would be responsible for up to half of that.”

The mayor said another board meeting would be required if anything different financially might be considered other than what he discussed.

The panel, by a 3-0 vote, authorized Reed to work with Stebbins and the county to move forward with the road improvements near the hospital.

No timetable was announced as to when bids for the construction would be advertised and considered, but Reed said he hoped to see action by fall.

Any project that will likely exceed $50,000 must be put out for competitive bids, the mayor went on to say.

Aldermen David Scarbrough and Josh Scott were not in attendance at the meeting and did not vote.

In other action, the Meadville Board of Aldermen:

• Authorized the mayor to apply for funding through the Mississippi Department of Transportation’s Emergency Road and Bridge Repair Fund in seeking to resurface major highway arteries in the municipality.

• Approved a payment of $59,000 for work related to sewer infrastructure improvements on Fourth Street with funds coming from the town’s American Recovery Plan Act and internet sales tax proceeds.

• Approved a payment of $108,880.20 to Warren and Warren Paving for resurfacing portions of Main and Oak streets. Additional payments were approved related to the street improvements, including $5,350 to Dungan Engineering and $1,500 to Sample, Hicks and Associates for consulting services.

This street project is being funded through a Mississippi Development Authority Small Municipalities and Limited Population Counties grant.

• Authorized the publication of the municipality’s Consumer Confidence Report for its potable water distribution system in The Franklin Advocate.

• Discussed the placement of a water valve on Oak Street to help four households with flushing the water distribution system in that neighborhood.

• Adopted a vendor agreement with the Mississippi Department of Human Services to allow the AJFC Community Action Agency to assist those who have difficulties in paying their water bills.

• Reed noted the town’s infrastructure indebtedness continues to decline with its outstanding Mississippi Department of Environmental Quality sewer loan standing at $10,265.32 and $69,171.41 remaining to be paid on a U.S. Department of Agriculture water tank loan.
• Gave authority to the Meadville Police Department to apply for the annual Justice Assistance Grant to assist the agency with equipment needs.

The next business session for the Meadville Board of Aldermen will be held at 5:30 p.m., Tuesday, June 14 at town hall on Main Street. The meeting is open to the public