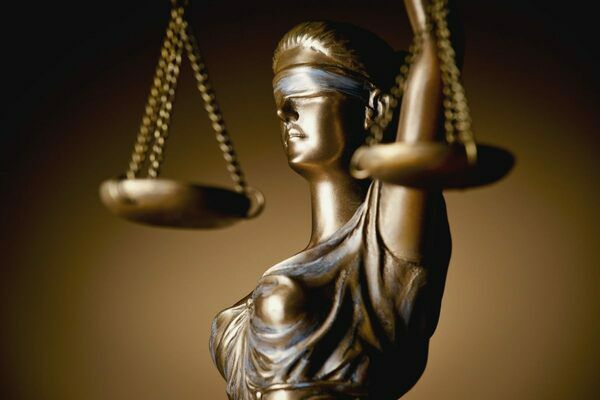 On Tuesday, May 3, the Mississippi Court of Appeals unanimously affirmed a 2020 Franklin County Circuit Court decision involving Amos Devonte Briggs, who was charged with first-offense driving under the influence of marijuana.

The history of the contested case began on Nov. 16, 2018, when Briggs was driving locally and came upon a driver license safety checkpoint.

According to filings with the state appellate court, Mississippi Highway Patrol Trooper Marcus Fisher was conducting the checkpoint and testified in court he could smell a strong odor of marijuana coming from inside of Briggs’ vehicle.

The trooper further testified he witnessed Briggs having watery and bloodshot eyes, and further noted he observed Briggs swaying from side to side after exiting his vehicle with the smell of marijuana on his breath and person.

Fisher’s testimony also acknowledged he had asked Briggs if he had smoked marijuana, to which the officer said Briggs responded he had within an hour of the traffic checkpoint stop and further admitted to the officer that there was marijuana in the vehicle.

After being given permission to search that vehicle, the trooper testified he found a jar of marijuana under the driver’s seat as well as a bag of marijuana in Briggs’ pants pocket.

Briggs was ultimately arrested and charged with two misdemeanor offenses — driving under the influence and simple possession of marijuana in a motor vehicle.

Fisher recounted his original testimony in connection with the case, but admitted in circuit court he did not conduct a field sobriety test on Briggs prior to his arrest nor did the trooper conduct a unine or blood test.

Fisher further also admitted that due to the nature of the checkpoint, Briggs was driving slowly and he did not have the opportunity to observe him operating the vehicle for any length of time.

Additionally, Fisher testified he did not possess any test results from the state’s crime laboratory indicating the substances recovered from Brigg’s vehicle and his pocket were marijuana.

Fisher testified that, based on his 20 years of law enforcement experience, he knew the substance in Brigg’s possession was marijuana.

In regards to Fisher’s testimony under cross examination, Briggs asked the circuit court for a directed verdict in arguing the evidence and testimony offered by the officer failed to support a conviction for the two charges with that request being denied by Blackwell.

In defense testimony, Calisha Johnson, a passenger in Briggs’ vehicle and his girlfriend, denied the vehicle, which reportedly belonged to her grandmother, had the smell of marijuana in it and claimed Briggs had stated he had smoked cigarettes, not marijuana.

Johnson also testified she had been with Briggs for a few hours prior to the checkpoint and had not seen him ingest any substance that would impair his ability to drive.

Crumedy also testified Briggs had borrowed a pair of pants from him to wear that day with Crumedy saying he forgot he had placed marijuana in the pocket of those pants.

He further noted he had never seen Briggs smoke marijuana.

Briggs also testified in his own defense and said he and Johnson had decided to attend a football game on the day coinciding with his arrest.

He said he was wearing gym shorts and borrowed a pair of pants from Crumedy.

He denied knowing about the marijuana in the vehicle and in his pocket and explained it did not belong to him.

He also denied smoking marijuana prior to his interaction with Fisher.

In rendering her final verdict in the case, Blackwell found Briggs guilty of driving under the influence, but found him not guilty of simple possession.

Briggs was sentenced to spend 48 hours in jail, but Blackwell suspended that and ordered him to pay a $1,000 fine and complete an Mississippi Alcohol Safety Administration Education Program class.

He subsequently filed a motion for either a new trial or a motion for judgement notwithstanding the verdict in arguing the court’s ruling was against the overwhelming weight of credible evidence.

He also claimed the state had failed to meet its burden of proof in his case and the court’s decision to deny his motion of a directed verdict was also against the weight of evidence.

Blackwell denied Briggs’ motion and found the state had proved beyond a reasonable doubt that he was guilty of driving under the influence of marijuana.

In considering the case, the Court of Appeals sought to determine whether state law was applied properly during the circuit court trial.

In its decision, the justices affirmed Blackwell’s ruling and pointed out a reversal occurs “only where the findings of the trial judge are manifestly erroneous or clearly wrong.”

In its unanimous decision, the appellate court, under Presiding Judge Virginia Carlton, wrote, “After our review, we find that the state presented sufficient evidence to prove to the fact-finder beyond a reasonable doubt that Briggs was driving under the influence of marijuana.

“We also find that Briggs’ conviction was not against the overwhelming weight of the evidence … or resulted in an unconscionable injustice.

“The evidence must be viewed in the light most favorable to the verdict, and we must affirm unless the trial court abused its discretion in denying a new trial.”