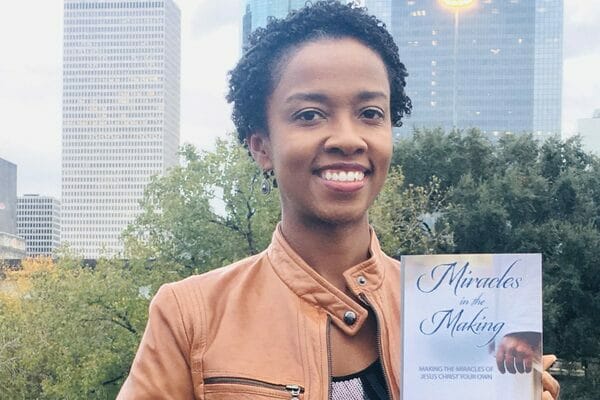 Dr. Maxine Madison, a Franklin County native and published author, will host a book signing program from 10 a.m. to noon on Saturday, May 28 at the Franklin County Public Library in Meadville.

Madison’s first book is “Miracles in the Making: Making the Miracles of Jesus Christ Your Own.”

“It’s an interactive devotional of the 33 miracles of Jesus that also includes space for the reader to record miracles that have happened in their lives and share a similar theme,” Madison said in describing the text. “As such, the book can become a keepsake for friends and family.”

Born to Walter and Thelma Jones and raised in the Roxie community, Madison said God gave her the idea for the book shortly after she finished her Ph.D. in chemical engineering.

“ I was living in Ponca City, Okla., at the time and I picked up my Bible and flipped it to the back where I saw a list of the miracles of Jesus,” she continued.

“I thought that would make a good book, and I heard God say ‘why don’t you write it?’ That was around 2008.”
Madison said she began working on the book, and believed it would be good to add personal miracles from her own life and the lives of others that had the same theme as the miracles Jesus performed.
“The book evolved over time, and I see it as a way to pass on the testimonies of God’s miracle-working power to our children and grandchildren for generations to come,” she went on to say.

She is a graduate of Franklin County High School and was the Class of 1997 valedictorian.

While attending Mississippi State University in Starkville, Madison met her husband, David Israel Madison, who is a minister.

The couple has three boys, Elijah, Jonathan and Micah.