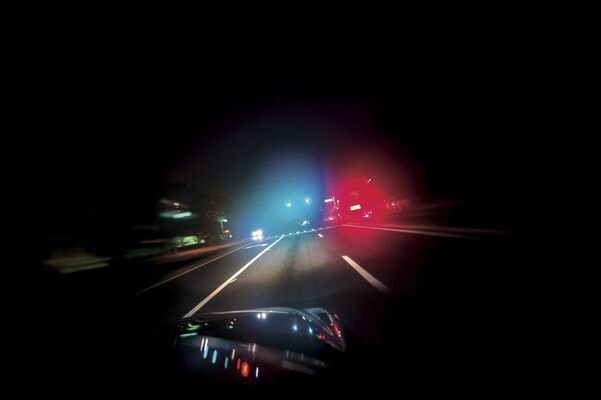 After numerous and frustrating delays tied to the lingering impacts of the coronavirus pandemic, the Franklin County Sheriff’s Department announced last week it had finally added two 2022 model Dodge trucks to its fleet of patrol vehicles.

On Thursday, May 5, the local law enforcement agency took delivery of the spacious and equipped vehicles, one of which has a safety cage feature behind the driver’s seat for prisoner transport.

“We wouldn’t have these vehicles without the diligent efforts of Chief Deputy Roger Causey and the Franklin County Board of Supervisors as it took more than a year for us to get these trucks,” Sheriff Tom Tindle said.

District 5 Supervisor Jimmie “Bodi” Bass, who also serves as board of supervisors’ president, said the county had vehicles on order — originally Chevrolet trucks — but supply chain disruptions caused by the lack of computer chips and then being told General Motors was not making fleet vehicles any more caused that purchase to fall by the wayside.

“Those difficulties pretty much left us empty handed,” Bass added.

“With the help of Chief Deputy Causey, we found these Dodge trucks that somebody else had ordered and then they didn’t want them. So, at that point, they became available to us and we jumped on them because we were on a waiting list for whatever was next available.”

Tindle said larger law enforcement agencies that purchase seven or eight patrol cars or trucks at any one time typically tend to go to the top of the pecking order when it comes to taking delivery of vehicles.

Another law enforcement agency had apparently ordered several vehicles and then decided it didn’t need two of them — and that’s when Franklin County was able to stake its claim on them.

“It came down to having a relationship with the dealer and having him contact us and tell us he had two vehicles available,” Bass said.

“We’re just thankful things worked out the way they did or otherwise we’d still be waiting.”

Causey said he was glad to see the new trucks finally in hand because the sheriff’s department had initially ordered Chevrolet trucks last June.

“Chevrolet told us they couldn’t supply what we were looking for so we essentially had to start over in trying to find something we could use,” Causey added.

“At the same time, we were getting in such bad shape with our existing vehicles that going another route was our only option.”

Since the trucks could not be bought under state-contract pricing, Causey said he and the county worked closely with state officials in finding a way to purchase the vehicles while adhering to the state’s purchasing laws and requirements.

“The state told us we could buy the trucks, but we had to get two bids and there was nothing on contract,” he continued.

“We got two bids from another agency and they were $17,000 more than these two trucks … so with this purchase we were able to save the county some money, and that is a plus all the way around.”

Tindle said the reasoning behind and necessity of the purchase of the Dodge trucks was two-fold — due to ever-rising maintenance costs and upkeep on some his department’s oldest, high-mileage vehicles and reliability when it comes to answering calls for assistance.

“We were putting out a lot of money on a regular basis — many times monthly — just trying to keep some of our old cars running,” Tindle continued.

“There comes a point in time when you are spending more on a vehicle than it’s really worth to try to keep on the road. For example, we could practically purchase a truck for about the same amount we were putting out in a year’s time to keep up an old car that will keep breaking down every time we turn around.”

Bass said anything man-made is eventually going to wear out, and the traditional wear and tear on a police vehicle tends to cause an ever-increasing repair bill as they age less than gracefully because of their heavy use.

“Our top concern in deciding to buy new vehicles is simply public safety,” Bass went on to say.

“If and when there’s an emergency, we can’t tell the people calling for help that we have to jump off a car … if it will even run … to get to them. We cannot put our officers at this kind of disadvantage because their job is already hard enough. They don’t need to worry that they won’t have a vehicle that can get them where they need to go or get them there in one piece.”

Both Bass and Tindle said local leaders have to be vigilant in looking at the age and condition of sheriff’s department vehicles and what is being spent regularly on maintenance.

“We’re a small county with a limited annual budget, but we are tasked with addressing public safety, and that includes making sure we have vehicles that will run,” Bass said.

“It comes down to being good stewards of the taxpayers’ money, and buying these trucks was the smart thing to do rather than to throw money away on old cars that will keep breaking down.”

With currently close to a dozen vehicles in use, Tindle said the latest purchase means his department officially has four units with less than 100,000 miles on their respective odometers.

“Are we where we want or need to be … probably not, but with the purchase of these two trucks we’re a lot better off than we were just a few days ago,” Tindle added.

“I’m glad to see that we’re all on the same page in putting a priority on public safety, and that’s where our priority is going to continue to be.”

While the cost for the trucks was only slightly above state-contract pricing, Bass said the county was able to negotiate the final cost to a level that was below consumer market pricing.

Striping of the trucks along with some specialized work including the installation of lights was done locally, which Bass said is a priority any time the county purchases a law enforcement or other vehicle.

Causey also pointed out that by having final outfitting of the trucks done locally, the county saved about half of what such traditional work would cost and supported local individuals and business in the process.

“Finally getting the trucks more than makes up for the year-long effort to try to get something we could use,” Tindle said.

“We wouldn’t be at this point if Roger and the board hadn’t stayed on top of this from the beginning. They deserve the praise for making this happen and we appreciate them.”