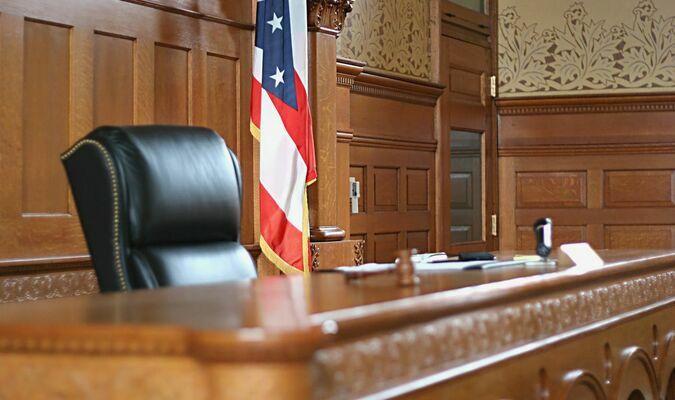 The Meadville Board of Aldermen officially accepted the resignation of town prosecutor Sara Jones Hemphill during the panel’s Jan. 11 business session and voted to appoint Lisa Chandler to fill the vacancy effective immediately.

Mayor Lane B. Reed said the town had received written notice of Hemphill’s desire to follow other pursuits with the letter noting how much she enjoyed the time spent serving the municipality and its citizens.

Hemphill had also previously served as Meadville’s town attorney for seven years before stepping aside from that legal adviser role in January, 2021.

Aldermen appointed Will Halford of the Meadville-based Halford Law Firm to serve as municipal attorney at that time.

In seeking to fill the prosecutor’s slot, Reed recommended the hiring of Natchez attorney Lisa Chandler.

“She worked with Bill Murray for many years before going back to law school, and we have worked with her on some land actions,” Reed continued. “She presently serves as a prosecutor in Jefferson County, and has experience in that regard.

“I have briefly spoken with (Meadville Police) Chief (Taylor McMinn) and Municipal Judge Bill Halford about her, and my recommendation is to hire her.”

The town’s compensation for the position is $300 per month with Chandler responsible for representing Meadville in civil and criminal misdemeanor prosecutions and in dealing with municipal ordinance violations.

Court sessions are typically held on the first Thursday of each month at Meadville Town Hall.

In other action before the panel during the session, Meadville aldermen took the following actions:

• Officially amended the board’s Nov. 9, 2021, meeting minutes to reflect that an order to pay the claims docket during that gathering had been omitted from the final draft of the town’s records.

Corrective action was taken with the approval of a new board order on Tuesday night.

• Retained the services of Les Hill to spray municipal draining ditches with herbicide to limit weed and vegetation growth during 2022.

• Accepted a donation for upgrades to Meadville’s downtown electrical power infrastructure, which is used to benefit the annual Homochitto River Festival each fall.

Reed said he had not had an opportunity to speak with the town’s electrical representatives as to how the how the funds might be used, but would be returning with a formalized plan for the board to consider in the near future.

“We have received this donation for the last several years, and the town is greatly appreciative to receive this generous help in making sure our infrastructure is in good shape,” the mayor added.

• Approved preliminary travel and lodging expenses for town leaders to take part in the upcoming Mississippi Municipal League meetings in 2022.

• District 85 state Rep. Jeffrey Harness, D-Fayette, requested the town submit any assistance requests to his office for municipal needs to be included in the Legislature’s 2022 bond bill.

The town is having difficulties in repairing the existing pump and potentially locating a replacement due to supply and service constraints.

• Announced bids would be opened on Feb. 11 for improvements to the town’s existing wastewater collection system along Fourth Street.

• Discussed a significant water leak that occurred in late December off Main Street with Reed outlining the scope of work that took place over the course of four to five days to complete repairs.

• Outlined a plan to pay for the town’s Fuelman debit card billing via an electronic phone payment rather than by traditional mail because of delays in the company receiving the town’s checks.

The Meadville Board of Aldermen’s next business session will be held at 5:30 p.m., Tuesday, Feb. 8 in the town hall council chambers on Main Street.

The session is open to the public.