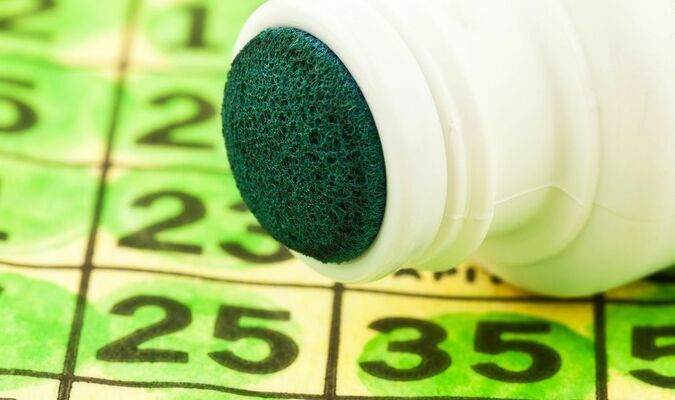 The Friends of the Franklin County Public Library has announced plans to renew one of its most popular fund-raisers in early March.

“With so much going on with COVID-19 right now, I’m not really sure we want to be doing Bingo in January or February,” Friends President Nicole Stokes said in discussing plans for the event. “Right now, we’re going to look at possibly doing it on Thursday, March 3 with hopes that the virus impacts will have slowed.”

Members said they liked the early March date because work would have to get under way soon to collect door prizes from within the community to be awarded to Bingo winners along with making plans in preparing food and refreshments that would be served.

Stokes noted the group was looking at possibly hosting the fund-raiser at the Bude Community Foundation’s fellowship hall (old Bude United Methodist Church) as the facility has considerable space — it can hold about 100 people — along with having a kitchen, tables and chairs and handicap accessible restroom facilities.

“With there being more room at that location, we could potentially sell more tickets to those who want to take part,” Stokes continued.

Another key topic for discussion was building the membership numbers for the organization during the new year.

Stokes said the group would certainly benefit in its continuing mission of supporting the library by having more residents and businesses step forward to be part of the effort.

“The annual dues remain at $10 for individuals, $15 for families and $25 for businesses,” Stokes added.

“We will have membership forms available at the front desk of the library and will be posting them to our Facebook page.

“While we’re certainly thankful for those who have been members and have renewed, there is a need for more new faces and that’s what we’re working to gain during the new year.”

She encouraged existing Friends’ members to “talk-up” the value of membership — especially to businesses — in the weeks ahead.

Members also discussed looking into developing an official “Friends” T-shirt that would easily identify members, serve to thank those who support the group and promote involvement.

In other discussion items, members of the Friends group:

• Reviewed and adopted the minutes of the previous meeting held on Tuesday, Nov. 2, 2021, and accepted the organizational financial report, which stood at $2,252.71.

• Heard a report on the Friends’ bake sale fund-raiser held in front of King’s Discount Pharmacy in Bude with more than $500 raised from the one-day event, which also featured the distribution of children’s books to the community.

• Heard a presentation from Librarian Susan Adams regarding the implementation of a monthly LEGO Club with the Friends’ group approving the purchase of base plates that would be used for the hands-on activities.

• Agreed to review the organization’s by-laws to update any governance changes.

• Announced plans for a children’s Valentines Day cards craft program from 10 a.m. to noon on Saturday, Feb. 5 at the library.

• Discussed the placement of a Valentines Day photo booth to allow for pictures to be taken at the library.

• Talked about hosting a open-house reception in February celebrating the library’s use of Pilcrow Foundation grant funds to purchase children’s books.

The next meeting for the Friends of the Franklin County Public Library is set for 5 p.m., Tuesday, March 1.