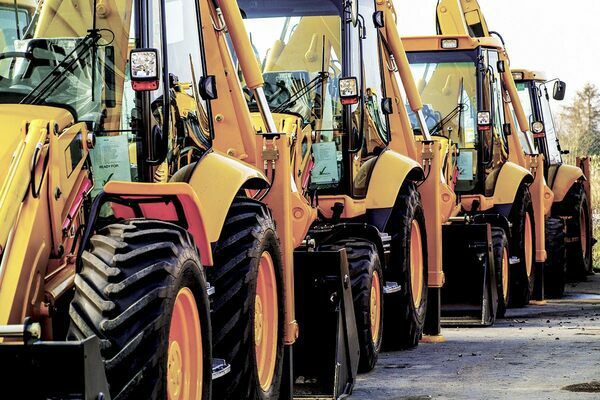 “With the CDBG funding committed to the project, we have a construction budget of $304,525, which means the town will have to come up with $4,504.35 to do what needs to be done,” White told the panel.

The total amount of the federal funds for the work is $383,675 with an estimated $79,150 being spent on engineering and administrative service fees.

White said the project will include replacing up to 1,500 feet of gravity sewer lines along Railroad Avenue — from near Home Hardware Center toward Gerard Street — as well as video inspecting, cleaning and repairing any problems found nearby.

“We have done some smoke testing in the past and feel like there are a lot of openings in the existing sewer lines that are allowing groundwater and runoff to get into the system,” White continued.

“Our goal is to find exactly where those problems are to the best of our ability and as far as the money will go.”

The panel voted by a 4-0 margin to move forward with the project with Alderman John Knight not present for the meeting.

Another topic for discussion during the session involved the upkeep and maintenance of the town’s fire hydrant inventory.

Board attorney Mary Kathryn Williamson said the municipality voted to implement a monthly fee for hydrant maintenance — and wanted to establish protocols in conjunction with the fire service for the street-side infrastructure to be checked on a regular basis.

Fire Chief Timmy Shelton said, in the past, Bude VFD personnel would go out on a chosen day roughly every six months — in conjunction with town maintenance personnel — to test hydrants and identify those which needed repair.

The discussion then shifted to a number of hydrants that are in place, but are no longer in service or broken and have not been repaired or replaced.

“This is a concern and we might not know if a hydrant is not working until we, as firefighters, roll up on a scene,” Shelton said.

“It’s not like at your house where if the water is off, you’ll know it right away because you can’t flush the toilet or run the sink. Unless we have a list of non-working hydrants, most firefighters won’t know it until they try to turn it on. We don’t want to be in that position.”

Shelton said no matter how often fire hydrants in Bude are tested, the effort will be futile if a priority is not placed on making repairs to broken units, marking nonfunctioning plugs with a different paint color or removing no longer needed hydrants.

Bude maintenance staffer Elvia Brown said there are also lengthy stretches in the municipality that have a limited number of fire plugs and said he wanted some clarification as to what established fire codes recommend for placement of the devices.

“South Main Street is one of the longest streets in town and has only one hydrant on it,” Brown noted as an example. “That’s probably close to half a mile.”

Shelton said Bude VFD has noted numerous spots in the community facing a similar situation to what Brown discussed.

Williamson said the priority is to determine what is working and what isn’t in the way of fire hydrants and then take a long-term look at where new plugs could be placed to improve public safety.

Shelton said he would work with his firefighters to schedule hydrant testing in the near future.

In other action during last week’s meeting, Bude aldermen:

• Authorized two payment requests connected with the CDBG project for Dungan Engineering in the amount of $7,330 and to Southwest Mississippi Planning and Development District totaling $2,000.

• Tabled a pay request in the amount of $118,845 to G. Rayborn Contracting LLC for ditch improvements being paid for through U.S. Department of Agriculture Natural Resource Conservation Service funding.

Town officials — particularly Alderman Jillian Dunmore — said they wanted to wait to pay that invoice until the contractor took care of a number of concerns they had in regards to the drainage project in the wake of recent heavy rains.

White also pointed out that additional work is needed to be undertaken — possibly by the town’s maintenance staff — to clear debris and overgrowth from that ditch beyond where the NRCS-sponsored construction was taking place to improve runoff.

• Approved the town’s claims docket as well as payroll for June.

During the meeting in regards to the town’s revenues and expenses, Alderman Jeffrey Quick asked for more detailed reports on what was coming in and going out financially.

“We have a responsibility to make sure we keep an eye on these totals to make sure the town doesn’t get into situations like it has in the past,” Quick said.

• Authorized the reconciliation of revenues and expenditures for April, 2022.

• Alderman James Griffith asked for a review of municipal equipment insurance coverage — namely on items which are no longer in use, but the town is still paying premiums to cover.

• Dunmore discussed the problem of properties in Bude that have inoperable vehicles, and asked for the town’s leadership to look for ways to encourage landowners to remove what she referred to as unsightly clutter.

Quick, in expressing his frustrations on community aesthetics, said municipal leaders have talked the matter of unkept and derelict properties needing to be cleaned up “to death” and said action is a must to make anything happen.

“I don’t think there’s been too many meetings where clean-up in some fashion has not been addressed, but if nothing’s happening to start the ball rolling then we’ll be talking about it again at the next meeting and we’ll still be sitting right where we’re at now.”

• During the public participation portion of the meeting, several Bude water customers — including Thomas Griffith and Carolyn Rancifer — expressed their displeasure with water bills they have received and believe are not accurate.

The town has worked to replace its outdated analog water meters with digital meters — an better-than-year-long undertaking that has been complicated by a myriad of difficulties ranging from billing system anomalies to nonfunctioning devices.

Many attending the gathering came to hear municipal leaders pledge they would address the latest problem — people inside the corporate limits with septic tanks, but who were billed recently for using the sewer system they are not connected to.

Mayor Linda Green assured citizens the town was working to deal with the latest concerns.

The next Bude Board of Aldermen meeting will be held at 6 p.m., Tuesday, Aug. 2 at town hall on Railroad Avenue.

Those residents wishing to address the board during the meeting on topics of local interest will need to contact town hall no later than Thursday, July 28 to request to be placed on the session’s agenda.