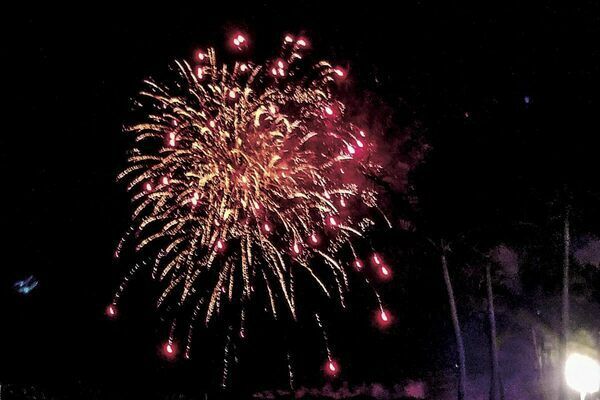 The skies over the Franklin County Fairgrounds in Bude will be ablaze on Monday, July 4 with a fireworks display to celebrate the Independence Day holiday.

The pyrotechnics display, which will take place at 9 p.m., will also be combined with a community ice cream social that is slated to begin at 7:30 p.m.

Wes Arnold, who serves as director of the Franklin County Baptist Association, said organizers hope to make the gathering a yearly celebration.

“When we started talking about this, I think we were all a little surprised that there were no other community-wide Fourth of July events in Franklin County,” he noted.

Arnold is asking area churches across all denominational lines and residents to bring either homemade or purchased ice cream to share with those attending the event.

“Our plan is to open the gates to the fairgrounds around 7:30 p.m., and those in attendance can share in the ice cream that is being brought by the community,” Arnold said.

“The fireworks display will begin about 90 minutes after the gates open and we’re asking people to bring their lawn chairs to have a place to sit.”

Arnold said efforts are well under way to raise funds that would defray the costs of a fireworks show.